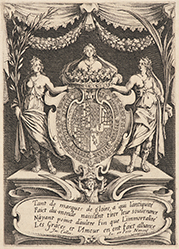 Callot - Combat at the Barrier