Showing 4 of 4
Print this page 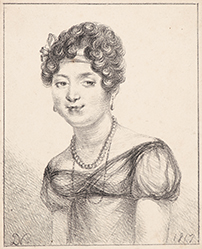 Portrait of a Young Woman

Showing 4 of 4
View current selection of records as:
LIDO XML