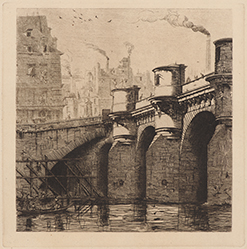 Gosselin - Etchings of Paris after Meryon