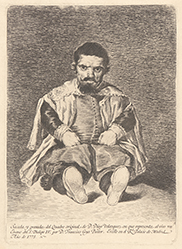 Your search criteria: Objects is "A Dwarf (Un Enano)".