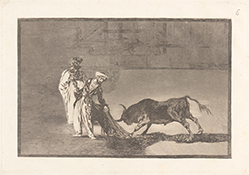 Your search criteria: Objects is "The Moors Make a Different Play in the Ring Calling the Bull with Their Burnous (Los Moros Hacen Otro Capeo en Plaza con Su Albornoz)".