Showing 4 of 30
Print this page 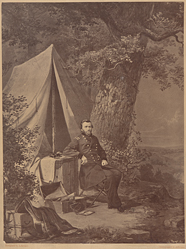 Lt. Genl. U.S. Grant at His Headquarters before Petersburg, Va.

Your search criteria: Keyword is "BFNJ".

Showing 4 of 30
View current selection of records as:
LIDO XML