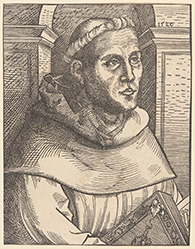 Martin Luther as an Augustinian Friar