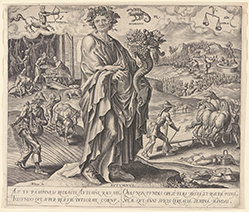 Galle after Heemskerck - The Four Seasons

Your search criteria: Keyword is "BQMQ".