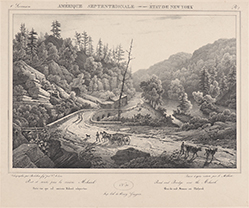 Road and Bridge over the Mohawk River

Your search criteria: Keyword is "BYGF" and [Objects]Display Artist is "Louis-Pierre-Alphonse Bichebois after F. Jacques Milbert".