Showing 6 of 18
Print this page 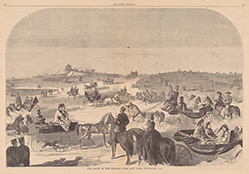 The Drive in the Central Park, New York, September, 1860

Your search criteria: Keyword is "EIFS".