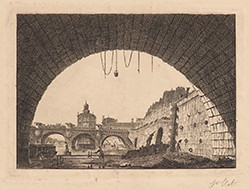 Gosselin - Etchings of Paris after Meryon

Your search criteria: Keyword is "GYDM" and [Objects]Display Artist is "Edmond Gosselin after Charles Meryon".