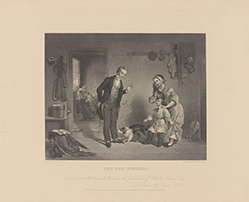 Gallery of American Art, No. 1

Your search criteria: Objects is "The New Scholar".